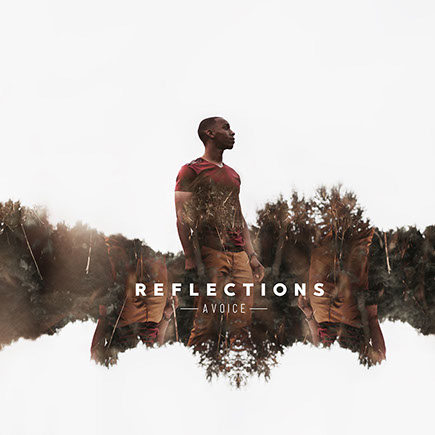 Avoice is a local artist looking to spread THE WORD to the nations through his music.  Before coming to CHRIST, he was devoted to rapping, striving to be labeled with the so called ‘greats’ of main stream secular music. Now, he is even more determined as a CHRISTian to serve GOD faithfully through the talent GOD has given him.  He wanted to be great in the secular realm of music, but little did he know, God had other plans for his life which he found two years later after being introduced to JESUS CHRIST and receiving salvation.  Learning how to walk in this new, radically changed lifestyle, Avoice soon realized that his talent could be used for the growth and strengthening of the Kingdom of GOD.  With GOD and the encouragement of a group of close brothers in CHRIST (now known as the 10:9 Sons), Avoice began on his first CHRISTian collection of musical artwork called “Bout Tha Word.”

This E.P. expresses love and appreciation toward God and mirror's a mutual love for GOD amongst the hearts of many other believers as well.  The prayer of Avoice for “Bout the WORD” is that other believers would be strengthened in their walk and inspired to draw closer to GOD simply by the hearing of a Word in due season.  Not only to strengthen believers, but his heart is also to be a beacon of light for those who are searching for light/truth, and that it would help them see a bit clearer in the darkness of their situation and find THE WAY, again by the simplicity of hearing a Word in due season.

Avoice's goal as an artist is not particularly to please customers but to please GOD, with the hopes that his listeners are pleased within that context.  He states that he is not a rapper that so happen's to be a CHRISTian on the side, but is a proud, sold out CHRISTian rapper who is called by GOD to the ministry of music for the edification of the saints and the glorification of GOD through the lifting up of JESUS CHRIST! He is focused on building his ministry on that SOLID FOUNDATION (the Rock, JESUS CHRIST ) and no other.  His motto: Instead of complaining about what others are doing, be the change that you want to see; especially in the Body of CHRIST! The Body of CHRIST/church needs to see real authentic faith, and for this cause Avoice has dedicated his life to surrendering everything to CHRIST JESUS including his every talent.